skip to main | skip to sidebar

The Long Night, by Poul Anderson 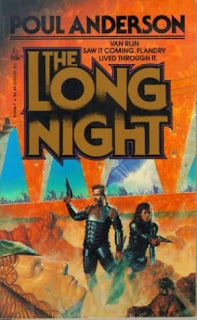 These are some of Anderson's best stories. Dominic Flandry does not appear in any of them. Coincidence? Maybe not. Instead of the same old Flandry, we get to see other characters. For example, John Ridenour, a man who loves his wife and stays faithful to her even when he is thousands of light-years away on an alien planet. It's refreshing.

I rate novels on a five point scale. No book gets a five until I've read it at least twice.